Supporting Community Based tourism initiatives is the way to go !

The Great Trekkers Safaris was started in April 2014 and later registered in March 2016 . As a community based tour company, we realized a genuine need of starting up a social enterprise which would not only benefit company owners but would also benefit and develop the communities. We happen to come from Western Uganda widely regarded as tourism hub with the best cultural, nature and wildlife attractions but we realized that the available tour companies’ only front profit making at the expense of the people in our communities. So we came up with the idea of starting up a community based tour company that fronts Community Based Tourism for sustainable growth and development. We started up by organizing several community camp experiences for young people where we got the opportunity to discuss community related issues in line of tourism, conservation and empowerment as young corporate while promoting such unknown sites.


COMMUNITY BASED PROJECTS AND INITIATIVES RUN BY THE GREAT TREKKERS SAFARIS
As a Social enterprise we realized the need to supporting children education among the most vulnerable families who are staying in the most rural conservation communities of Lake Mburo National Park by taking them to school because we discovered that most of the conservation areas which had the highest number of hunters and poachers were dominated by the highest number of school drop outs who would engage in charcoal burning business, animal hunting and other related activities as a way of raising some income to sustain their lives. 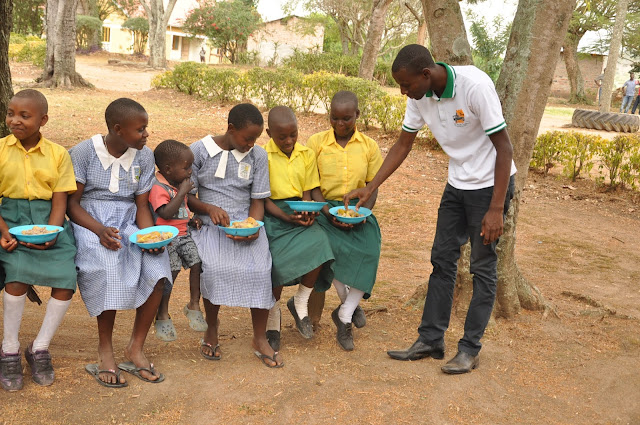 This has not only enabled these children to acquire education but it has also created a safe environment for the animals in Lake Mburo national park which was facing extinction and encroachment from the indigenous pastoral tribes of the Bahiima. 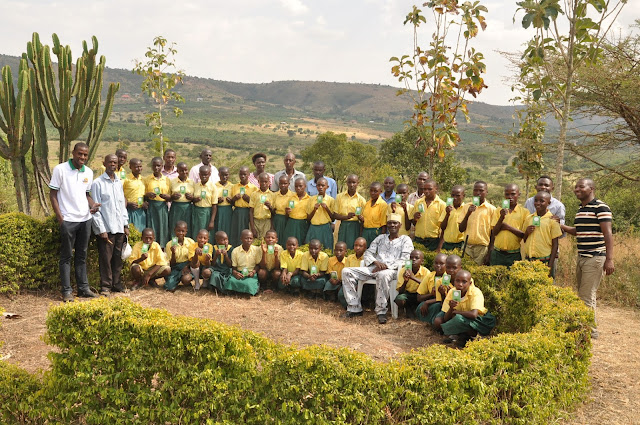 Planting trees for Eco-Tourism
As a company we have not just stopped at sponsoring these children in school but we have opened up wild life clubs in all the 4 primary schools in the conservation areas of Lake Mburo and Bwindi impenetrable national parks where pupils are being taught the need to conserving our nature and environment. “For conservation to be realized then it must start with the Children and Youth” Reference World Wildlife Day – Main streaming the Youth in Tourism 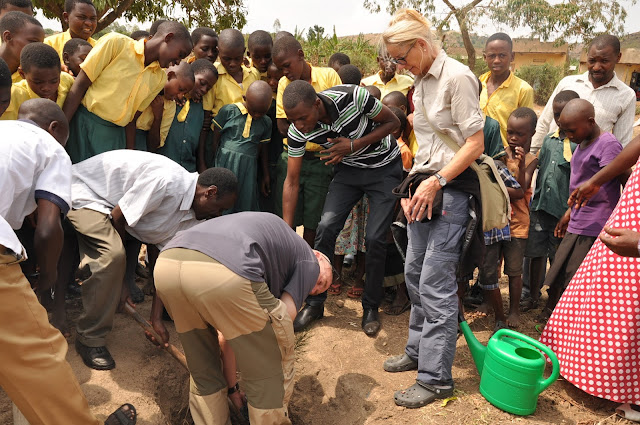 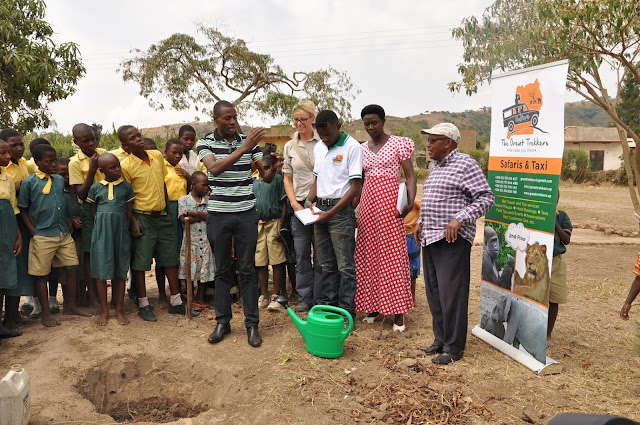 Establishment of an Eco-friendly Community Camp site- Rwenjeru Community Camp site
Due to the fact that we are the only registered Tour Company located in the Western region which is focusing on community and domestic tourism, The communities of Rwenjeru found it very important to work with us. The owners of the Community land have entrusted us with their land such that we design better strategies on how to promote and develop the site. The 12 hectares of community land is strategically positioned and it borders Lake Mburo National Park with great scenic views good for Camping. And we have so far we organized  12 successful Camps at the Site and also conducted several outreach Community programs to the nearby communities where we sensitized the communities the Role of local tourists in boosting domestic and community Based Tourism. 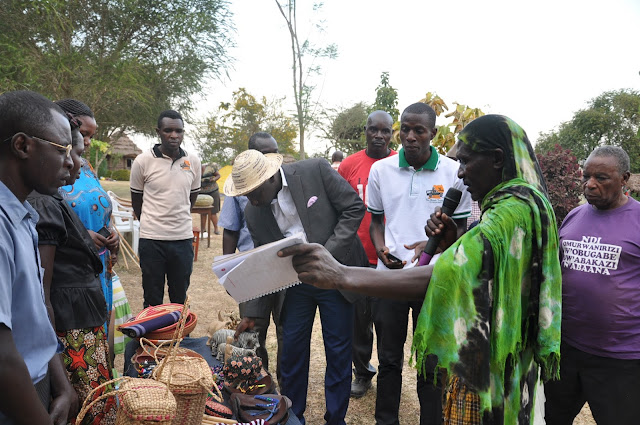 During the monthly Open Market day at the Camp site
As a social enterprise tour company, we have created an open Craft Village Market on the camp site where every month we invite all the communities in this conservation area to come to the camp site with their locally produced items, crafts, food produce etc where they get to sell and have market for their goods. 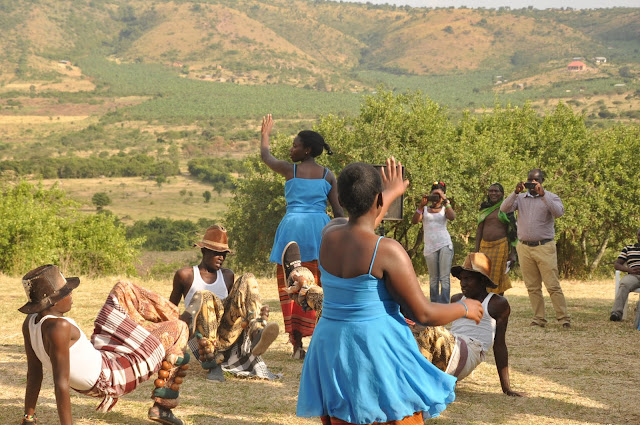 Traditional cultural performers at the camp site
We have also established this community camp site as a regular stop over for all our visitors, clients and volunteers in all the packages we are marketing 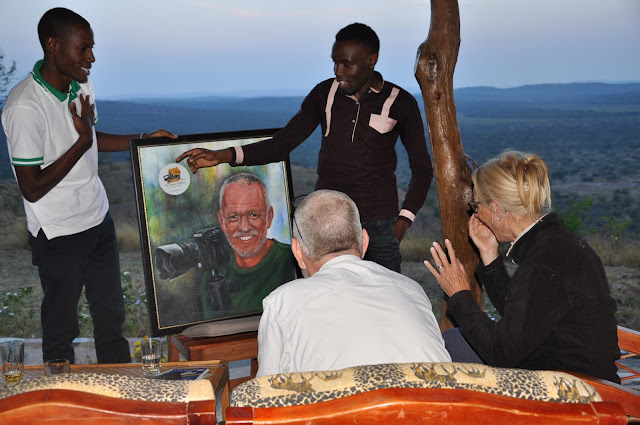 PRIMARY SCHOOL TOUR PACKAGES & STUDY TRIPS
As a community based Tour Company, we found it very vital to design a suitable package for primary & Nursery Schools whereby we get to organize and arrange Study Trips to such schools partnering with us at affordable rates while providing them with cheaper transport and trip guiding options. This package has been highly welcomed by the many schools we have so far visited and it has offered pupils a chance to visit their own national parks, cultural and heritage centres etc thus appreciating the need to cultural, nature and wild life conservation 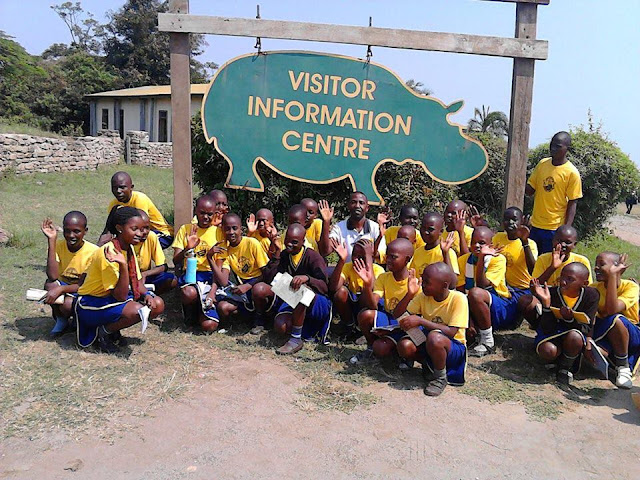 Monthly Community Youth Camps
As one way of boosting community and domestic tourism, the company has been conducting monthly Camp trips for young professionals and other corporate bodies and so far the Company has organized and facilitated 4 successful Camp trips with the main aim of instilling a spirit of camping among the Youth who make up 65% of Uganda’s total population. Through the same community camps, we not only stop at sharing community related challenges affecting domestic tourism but we also get to identify the unknown eye catching destinations / sites that need to be promoted which we later visit and get to publish them on our website www.greattrekkers.ug , in our Company Magazine and we still add such places to our itineraries for travelers to know about their location. 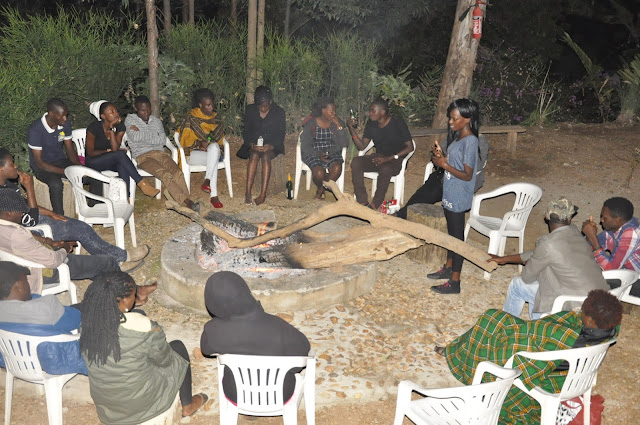 Weekly Radio Talk Show on Community Tourism
The western region of Uganda is dominated by remote areas due to the rough topography that makes such areas inaccessible and 75% of the people listen to Radio which is the most effective and affordable channel of communication. And as a Company we found it very difficult to reach out to all people if we were to use any other channel apart from Using Radio Talk Shows to sensitize the communities on issues of Community tourism, Nature & Environmental conservation so that people get to understand that tourism is not only for the government and foreign tourists but it’s for us all. 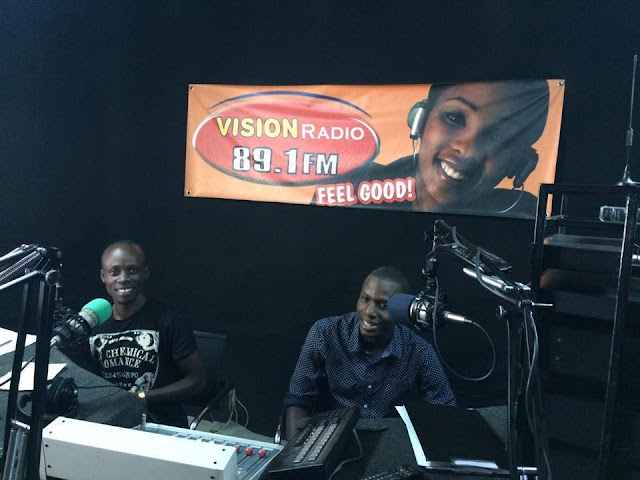 Rogers Nasasira while on his weekly tourism RadioTalk Show 26th /Feb/2017
Currently we have been conducting our weekly Radio Talk Shows on Radio Rukungiri 96.9 FM and we hope that we can always have continuous shows if we get to have good funds to keep the programs running. 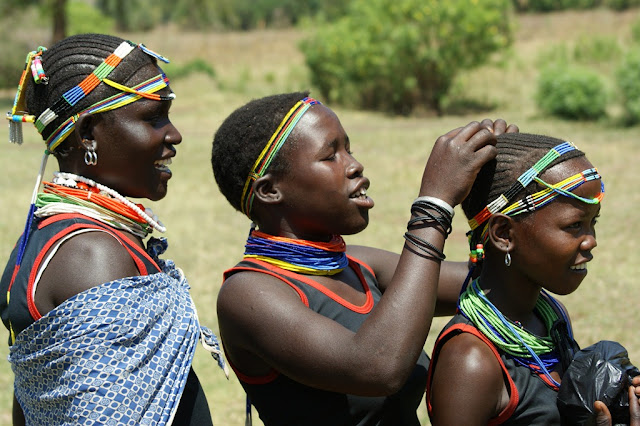 For sustainable growth and development to be realized, we must join efforts in supporting these initiatives. Community based tourism is the way the way to go. By traveling and Booking with our tour company  http://www.greattrekkers.ug/you get the assurance that the money paid for your memorable Safari leaves a positive impact to communities as 20% of the company's profit is specifically reserved for community support and empowerment programs.
Posted by Unknown at 05:35 No comments: