Bwindi Impenetrable National Park lies in the south western region Uganda on the edge of the western Rift valley. Its Mist covered hill sides are blanketed by one of Uganda’s oldest and most biologically diverse rain forests, which dates way back over 25,000 years and contains almost 400 species of plants. More famously, this “Impenetrable” forest also protects an estimated 320 Mountain Gorillas- Roughly half of the world’s total population of the existing Mountain Gorillas which can be tracked. The Park provides shelter to 120 mammals including several climate species such as Baboons and Chimpanzees as well as Elephants, Antelopes and 350 eye catching bird species. 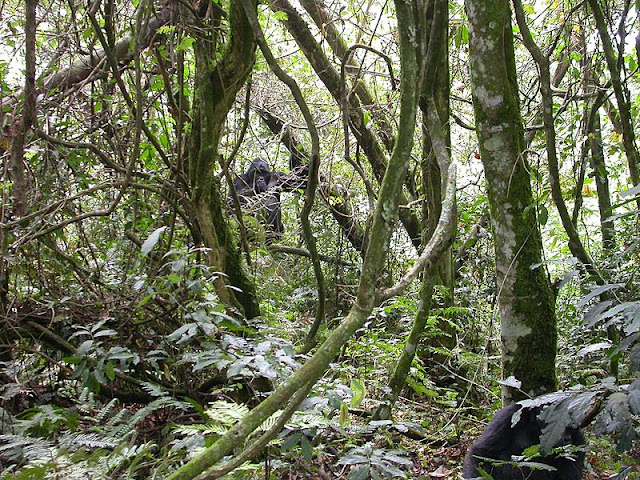